The Kia Carnival is a minivan manufactured by Kia Motors, introduced in September 1998,[1] marketed globally under various nameplates — prominently as the Kia Sedona — and currently in its fourth generation.

The first generation model was manufactured and marketed differently for specific regions, including under a joint venture in the Chinese market with Dongfeng Yueda Kia, as well as the Naza Ria in Malaysia.

In the Philippines, both Carnival/Sedona names were used. Initially introduced as the Carnival in 2001, from 2003 onwards, it was renamed as the Sedona.

The updated Kia Carnival was introduced in Thailand in September 2021. Three trim levels are on offer and all get 11-seats and the Smartstream R 2.2 litre turbodiesel engine as standard.[6]

Kia introduced the second generation Carnival/Sedona worldwide in 2005–in short (SWB) and long-wheelbase (LWB) models – with a 2-inch-wider front track, 3-inch-wider rear track and reduced turning radius[7] than the first generation. The SWB model shares its platform with the Kia Magentis[8] – and was specially designed for the European market,[8] where it falls in the large MPV class.

With a lighter engine, greater use of high-tensile steel in the body, and a lighter transmission and rear suspension, the second generation model weighed approximately 400 lbs less than the first generation.[9]

In certain markets, Kia offered the minivan in both wheelbases (e.g., in North America, Australia) or in other markets, simply as the short-wheelbase configuration (e.g., UK, France). Globally, the minivan was offered with four engines as well as manual and automatic transmissions.

Initially offered only in long-wheelbase (LWB) form, the short-wheelbase (SWB) model followed for the 2007 model year.[11] Trim levels include Sedona (SWB), Sedona LX (LWB) and Sedona EX (LWB). A rebadged version of the second generation was offered from 2007 to 2009 as the Hyundai Entourage.

The van was updated for the 2011 model year with a new Tiger Nose grille and taillights, a more powerful engine and a six-speed automatic transmission, but dropped the short-wheelbase version because of poor sales.[12]

The North American configuration earned a five-star safety rating from the National Highway Traffic Safety Administration for all seating positions in frontal and side-impact crashes. The Insurance Institute for Highway Safety also rated the Sedona "Good" – its highest rating – in front, side and rear impacts. The IIHS has christened the 2006 Sedona a "Gold Top Safety Pick", making the Sedona (and the similar Hyundai Entourage) the safest minivan currently tested.[13][14] Kia had announced that the 2012 Kia Sedona will be the last Sedona for the American market.

In May 2012, Kia said the Sedona would be discontinued in the U.S. market after the 2012 model year, with a company spokesperson saying the company did not expect to permanently leave the minivan market.[15]

In September 2012, the Sedona was withdrawn from the UK market due to poor sales. 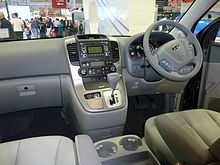 The second generation Carnival went on sale in Australia in January 2006. Initially, the long-wheelbase 3.8L V6 5-speed automatic Grand Carnival was sold alongside the previous generation 2.5L V6 Carnival, until the second-generation SWB Carnival arrived in August of that year, available in both 5-speed manual and 4-speed automatic, and new 2.7L V6 engine. Both models sat 8 passengers. A 2.9L turbo diesel engine was introduced in the Grand Carnival in March 2009. In June 2010, the Carnival and Grand Carnival underwent a mild facelift, the manual transmission was dropped from the SWB model, and the LWB model received a new 3.5L V6 and 6-speed automatic. In 2011, the SWB Carnival was dropped entirely, while the LWB model gained the new 2.2L "R" series diesel engine, replacing the previous 2.9L engine. The Carnival was Australia's best-selling people mover between 2007 and 2013.

The Kia Sedona (Carnival) has received the 2007 MotorWeek "Best Minivan" award in its 2007 Drivers' Choice Awards and The Car Book's 2007 "Best Bet" distinction. Overall, Kia models improved 22% in J.D. Power and Associates 2006 Initial Quality Study (IQS), and improved twice as much as any competitor in the last 3 years.[19]

From 2006 to 2009, Kia manufactured a rebadged variant of the Carnival for sister company Hyundai. It was manufactured in Soharii Plant in Gwangmyeong-Si which is part of Gyeonggi-Do, South Korea. Called the Hyundai Entourage, the Hyundai version was briefly cancelled in August 2005, but resurrected in October without affecting its introduction date. The production Entourage was shown at the Chicago Auto Show in February 2006 and went on sale in April 2006. While otherwise similar to the Carnival except for the name, the Entourage was only available in extended-length because of the mid-size Hyundai Veracruz crossover SUV, which measured about the same length as the short-wheelbase Carnival.

Unlike the Carnival, the Entourage was never a sales success, and in April 2009, the Entourage was discontinued for the 2010 model year. However, the Carnival remained in production and was updated with more features so it could better compete with the Toyota Sienna, Honda Odyssey and the Chrysler minivans.[29] After Entourage production ended, Kia, despite 49.2% owned by Hyundai, continued its contract to build Hyundai vehicles, and Kia-built Hyundai vehicles continued well for the United States & Canada markets as Kia decided to build the 2011 Hyundai Santa Fe in its new West Point, Georgia plant. Entourage's revised styling was adopted in South Korea as a facelift for the Kia Carnival, except for revised grilles suited to the Kia brand.

The American configuration of the Hyundai Entourage earned a five-star safety rating–the highest honor the National Highway Traffic Safety Administration bestows–for all seating positions in frontal and side-impact crashes. The Insurance Institute for Highway Safety (IIHS) rates the Entourage "Good"–its highest rating – in front, side and rear impacts. The IIHS rated the 2007 Entourage a "Gold Top Safety Pick," making Entourage with the similar Kia Sedona the safest minivans tested for 2007.[30]

The 2009 Hyundai Entourage minivan was recognized as a Best Family Car for 2009 by Parents magazine and Edmunds.com in their annual list of family vehicles.[31]

The Hyundai Entourage ranked 3rd for the "20 least expensive 2009 vehicles to insure" list by Insure.com. According to research, the Entourage is one of the least expensive vehicle to insure. Low rates tend to reflect a vehicle's safety, and the drivers who tend to buy them.[32]

In the United States, the Sedona was previously only available in LX and EX trim levels. In 2015, Kia expanded the trim levels to L, LX, EX, SX and Limited.[citation needed]

In Saudi Arabia, it is available in the Grand Carnival version and comes in the LX and EX trim levels, whereby EX being the top-of-the-line with some SX-L features.[citation needed]

In Australia, the Carnival is available in S, Si, SLi and Platinum trim levels with the choice of either the Lambda 3.3-litre GDI V6 or the R-Series 2.2-litre I4 Diesel mated to a 6-speed automatic, while models from 2018 came standard with an 8-speed automatic.[36] Since its Australian debut in February 2015, the Carnival has consistently been Australia's top selling people mover averaging around 500 sales per month, while for the year of 2019, 6,493 Carnival's had been registered.[citation needed]

Kia Motors India launched the Carnival in India on 5 February 2020 at the Auto Expo 2020. The Indian version is powered by a 2.2-litre CRDi diesel engine, mated to an eight speed automatic transmission. The Carnival is available in three variants, which are Premium, Prestige and Limousine.[37]

The third generation Carnival was launched in Malaysia in March 2017 as the Grand Carnival as a fully imported vehicle.[40] In January 2018, the vehicle became locally assembled in Malaysia.[41] The Malaysian market Grand Carnival is powered by the 2.2 litre diesel engine with a six-speed automatic transmission.[42] Kia launched the eight-speed automatic transmission in October 2018.[citation needed]

In Vietnam, the Grand Sedona is manufactured in joint venture with THACO at the Chu Lai plant in Quang Nam Province.[33] This model is exported to Thailand since 2019.[43]

The facelifted Sedona was introduced in Mexico on 5 September 2018 as a 2019 model. It is offered in four trim lines; LX, EX, EX Pack and SXL trim levels. All versions feature a 3.3-litre engine.[44]

The fourth generation Carnival debuted in June 2020.[46] Using Hyundai-Kia's new mid-size platform, the fourth-generation Carnival's length grows by 40 mm (1.6 in) and the wheelbase has been extended by 30 mm (1.2 in).[47] Sales in South Korea began in September-October 2020, with global Asian market availability as of January 2021. In March 2021, the car went on sale in Russia and parts of Eastern Europe (Ukraine, Belarus, the Baltics). European sales began in mid-May 2021 (it is assembled in Kaliningrad for all the European market).

The Sedona nameplate, was introduced in the United States in 2001, and used until the fourth generation, when the Kia began using the Carnival nameplate globally. It made its virtual US market debut for the 2022 model year via livestream on February 23, 2021.[48] In the US market, the 2022 Carnival will only be offered with the 290 hp Smartstream G3.5 GDi V6.[49] The car will go on sale in the U.S. and Canada starting July 2021. For North American market, the assembly is imported from South Korea.

In November 2020, Thailand received the fourth-generation Carnival. It is available with three variants and all come with 11 seats as standard.[50]